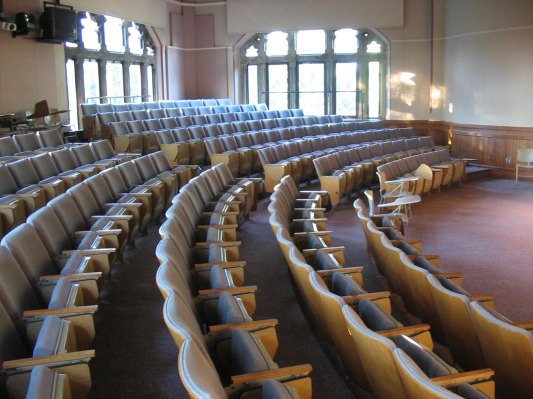 , an online learning startup that offers free and paid short courses, skills certifications and complete degrees in partnership with universities and businesses, has raised another $103 million to scale out its business into new geographies, subject areas and products — a Series E led by a strategic investor, the Australian online recruitment and course directory provider , with participation from Future Fund and NEA.

currently offers 3,200 courses and 310 specializations, with partners including Columbia University, Johns Hopkins and the University of Michigan. Some 40 million people have now taken online classes through the startup — a significant jump on the 26 million figure Coursera noted when it last raised money, in (a $64 million Series D).

Also jumping is Coursera’s valuation, which had been around $800 million and is now “well over” $1 billion, according to a source close to the company.

Coursera’s growth is coming at a key time in the e-learning sector.

Online education has, overall, become an increasingly viable alternative and complement to in-person learning — bolstered by improvements in technology and methodology, demand for skills that hasn’t been met by more traditional channels and the posed by higher education for a large number of people.

On one side, there have been some significant consolidations that speak to the opportunity. Just two weeks ago, 2U (which, like Coursera, works with universities to build online degree programs) acquired Trilogy — which provides training and bootcamps primarily for tech skills — for .

On the other, there have been some significant stumbles. Udacity, another online education startup valued at $1 billion, as part of a wider restructuring, with the aim of curbing costs while still expanding its business focused on “nano degrees.”

Coursera’s aim, said CEO Jeff Maggioncalda (who joined the company in 2017), is to steer a course that offers a range of learning alternatives as diverse as the mass market it’s hoping to continue targeting.

“We long ago realised that having a range of learning options, from open, free courses to masters degrees and everything in between such as microcredentials, bachelor’s degrees and certifications, is the way to go,” Maggioncalda said. “We look at that as our product portfolio.”

Coursera had its start by opening up the world of university learning to a wider population by putting courses online; it has more recently moved into working with companies and other organizations to build courses for them and to build courses to help train people in specific vocational areas, such as for IT certifications last year, and the that it introduced in January of this year. That is something it plans to continue developing, too.

“Beyond the nobility of providing great access to higher education to a world of people who otherwise wouldn’t have it, there is another imperative,” Maggioncalda said. “The future of work and learning are converging, and companies are realising that there are a lot of jobs that are getting automated, so finding an inexpensive but high-quality way to retrain is turning out to be a historic challenge. We need to get better at making high-quality education accessible.”

The SEEK investment is coming at a timely moment as a complement to this mission. Maggioncalda notes that Coursera is going to start working more directly on developing what you might think of as the next step after you learn something on its platform, which will be getting a job.

“This investment reflects our commitment to online education, which is enabling the up-skilling and re-skilling of people and is aligned to our purpose of helping people live fulfilling working lives,” said SEEK co-founder and CEO Andrew Bassat in a statement.

He noted that to date, some 190 million people have posted resumes on SEEK, with some 900,000 organizations using the platform to recruit for job openings. “It’s not coincidental that we think they’re a great investment partner,” he said.

But the first steps, Maggioncalda noted, will be working with the companies that are already turning to Coursera to build training programs.

“We absolutely see an opportunity to expand what we are doing with them,” he said. “If we are teaching skills to students, it’s not too hard to imagine us saying to that company or related employers, ‘we can introduce you to people with these skills.’ And you can imagine us doing this with others courses that we teach.” That could mean, for example, offering help with job placement for those paying Coursera to get their master’s or bachelor’s degrees.

That in itself could prove to be an interesting way of luring more students as online learning starts to get more competitive itself — not unlike how universities today are partly evaluated by students based on how helpful it will be to leverage those names when looking for jobs.

Other areas where we may see Coursera developing ahead is in its efforts to add a more diverse range of types of courses to its offering. The Trilogy acquisition by 2U highlights a rising demand for “bootcamps” to learn specific skills to enhance one’s work prospects. The growth of Triplebyte (itself also ) highlights how there is yet another bridge to be built between education and job hunting, in the form of “tests” to help screen and place the right people with the right job opportunities. And has had a strong run so far in its model of offering nine-month, very career focused online training sessions in a variety of coding areas.

“It reinforces that people learning different skills need different environments,” Maggioncalda said. Given the right business model, cyberspace has no boundary, and the same might be said for online education.

Contact a global network of highly-qualified translators, project managers, technical authors and editors with years of experience working alongside clients in some of the world’s most complex industries